In DSDN 104 tutorial we were asked to visually represent a word using sketches to convey the many meanings in whichever way we chose. The words had to either be an adjective, verb or noun.


My first sketch I chose to convey the word jump through a sketch. I was at first slightly stuck on how to go about doing this however this is what I came up with. 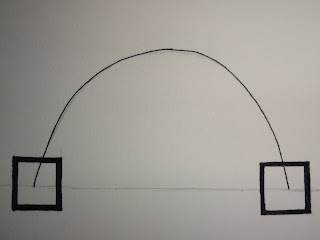 The harsh black boxes represent the pressure on the body when taking off and landing a jump. This is then offset by the thin delicate black line representing the fluidity of the jump when someone is in mid air, quite the opposite to the harsh take off and landing.

Secondly I chose to represent the word kite in a sketch. 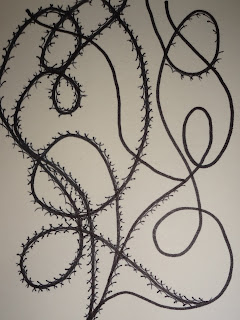 The swirling lines represent the course a kite may take while it is being flown in the wind. It dips and dives and spirals and the kite flyer has no control over this. It is as though the kite has a mind of its own. The small arcs on the edge of the line I have drawn to represent the air pressure that is working with the kite to make it able to fly.